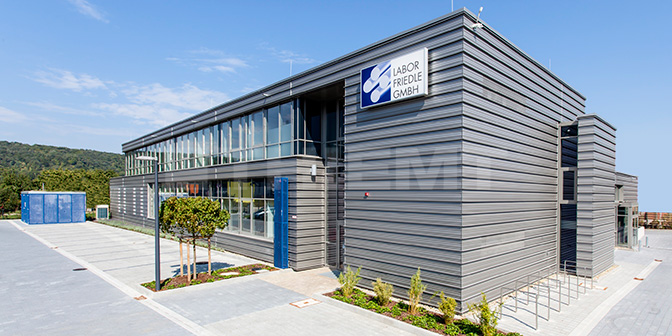 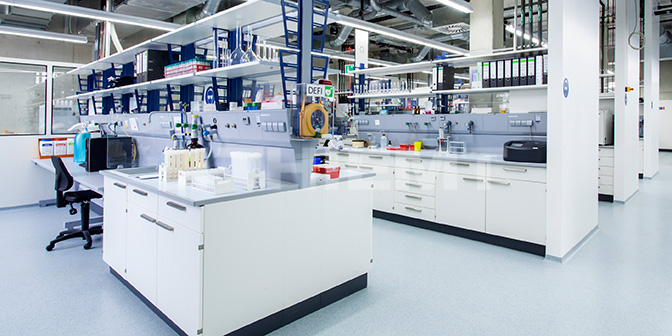 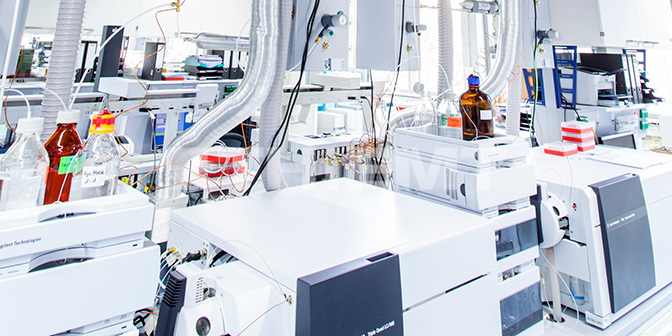 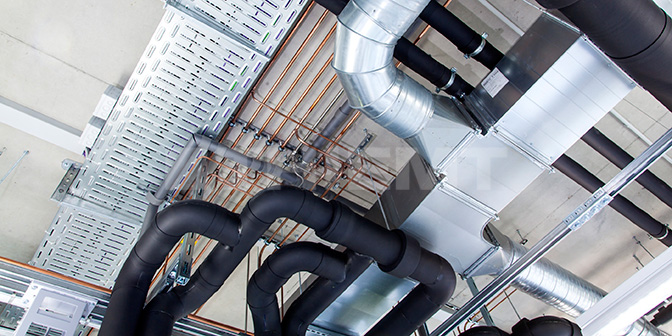 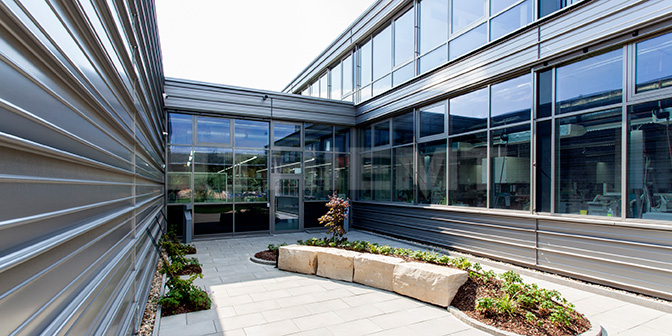 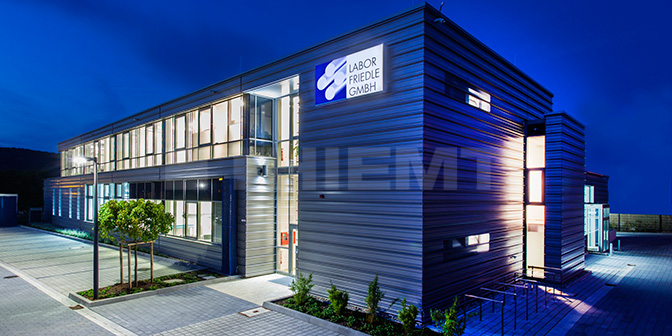 New construction of a private contract laboratory for residue analysis

Due to accelerated growth Labor Friedle, as leaser of a building, had to check, whether the long-term prolongation of the rental agreement which would expire within slightly more than a year, or the planning and implementation of a new laboratory building, with the goal to move into it as property owner, were the better alternative.

THIEMT as general planner was assigned to answer this question.

After consideration of the possibilities and after having found a building lot Labor Friedle opted for the new construction and the following relocation to the own building. For the execution of the project only 18 months remained.

THIEMT attended to the project as user coordinator, project manager and general planner.

The guidelines of Labor Friedle as well as the aim, to create motivating work stations with networked processes were basis for the future-oriented planning.

It should be possible to adapt the configuration of the laboratory flexibly to altered framework requirements and it should comply especially with aspects of safety and economy.

To implement the requirements as well as all laboratory functions to the existing floor space, a new concept of the laboratory premises was necessary.

For example the at present essential S2-sector was construed preliminarily to S3-requirements. In case of an increase of the security level, all requirements for an upgrade have already been prepared.

In the sample preparation, corridors were dissolved to form more space for the laboratory and to accomplish an open and light-flooded laboratory structure. Of course the escape route concept was also considered.

In the area of the measurement instrumentation 17 measuring stations were completely installed for now and 4 further stations were set up preliminarily. All stations are equipped with diverse gases and pure gases like SA (synthetic air), CA (compressed air), N2 5.0, He 5.0, Ar, H2 and CO2 and according to the current demands are furnished with valves respectively can be upgraded anytime.

The measuring equipment is placed on especially engineered wheel desks, so a change among the measuring stations is possible without any great effort.

Punctually after 18 months the project could be handed over to the team of Labor Friedle.

Labor Friedle is a private analysis center with more than 60 employees. It specializes in the areas food safety, residue analysis, interior space diagnostics and environment medical questions and has its headquarters in Regensburg.